Background: Proliferative vitreoretinopathy (PVR) is the leading cause of recurrent retinal detachment after surgical repair of rhegmatogenous retinal detachment (RRD). Our study aimed to assess the efficacy and safety of intravitreal methotrexate infusion (IMI) for the prevention of PVR after pars plana vitrectomy (PPV) in eyes with RRD.
Methods: This prospective comparative interventional study was conducted from September 2020 to November 2021 at Ain Shams University Hospitals, Egypt. We recruited a consecutive, non-randomized sample of 47 eyes of 47 patients with RRD undergoing PPV. Participants were allocated to a control group or an intervention group that received IMI during surgery. Each group was subdivided into subgroups of eyes at high-risk of developing PVR and eyes with established preoperative PVR grade C. Outcome measures at the 3-month postoperative follow-up were the rate of retinal attachment, incidence of PVR, reoperation rate to flatten the retina, and changes in the retina and/or optic nerve function as assessed by full-field electroretinogram and flash visual evoked potential.
Results: Data from 47 eyes (23 and 24 eyes in the intervention and control groups, respectively) were evaluated. Subgroups IA, IB, and IIB each included 12 eyes, subgroup IIA included 11 eyes, and all subgroups had comparable sex ratios and age distributions. Postoperative PVR at 1 month and between 1 and 3 months was present in 13% and 4% of eyes in the intervention group, respectively. Reoperation to flatten the retina was required in 2 (9%) eyes in the intervention group, while 22 eyes (96%) had complete flattening of the retina at 3 months. No significant differences were found between the study groups and the corresponding subgroups regarding the outcome measures (all P > 0.05). No adverse events attributable to IMI were detected up to 3 months postoperatively.
Conclusions: Although IMI was safe for intraocular use in eyes with RRD and PVR grade C or a high risk of developing PVR, it did not affect the anatomical success rate or development of PVR up to 3 months after PPV. Further multicenter randomized clinical trials with longer follow-up periods and larger sample sizes are needed to verify these preliminary outcomes. 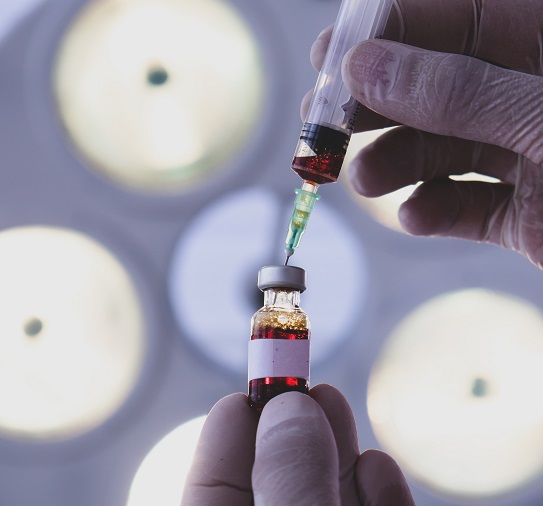