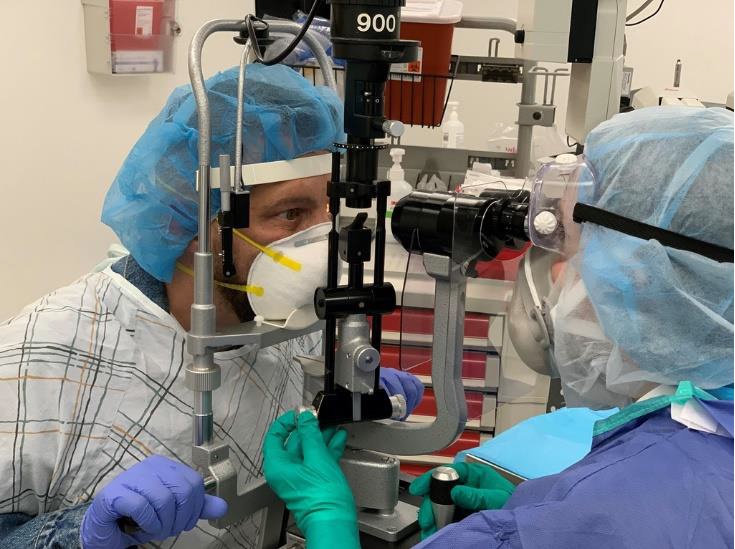 Founded in 2012, “Medical Hypothesis, Discovery & Innovation in Ophthalmology” is an international, open access, peer-reviewed (double-blind), quarterly journal that considers publications related to ophthalmology. The aim of which is to present a scientific medium of communication for researchers in the field of ophthalmology. The journal is of interest to a broad audience of visual scientists and publishes original articles, reviews, case reports, and commentaries. The Journal is affiliated & published by "International Virtual Ophthalmic Research Center" (Registration File Number 803630055).

2017-01-30
We have published manuscripts affiliated to more than 32 countries . We respect the policy of the geographical diversity of authors. The name of the affiliated countries in alphabetic order is as follows: Argentina, Armenia, Brazil, China, Colombia, Croatia, Egypt, Germany, Greece, India, Iran, Italy, Lebanon, Lithuania, Mexico, New Zealand, Norway, Philipines, Poland, Portugal, Saudi Arabia, Serbia, Singapore, Spain, Sweden, Switzerland, Thailand, Turkey, Ukraine, United Arab Emirates, United Kingdom, and the United States. We provide complimentary free service to authors named as “ Presubmission Enquiries ”. In this case, the corresponding author may email an abstract and a cover letter to the editorial office. We will attempt to respond within one week regarding the suitability of proposed manuscript. The goal of “ Presubmission Enquiries ” is to make the statement that reasonably satisfies the measures detailed in the scope of the journal. This service can be presented usually to review articles prior to official submission. Peer-review Journals are continuously interacting with Indexing Services. The indexing process is completely dynamic. Therefore, the indexing contract may be extended or terminated at any time.

Background: This study investigated the effect of instilling a single drop of non-preserved cationic oil-in-water ophthalmic emulsion (Cationorm®) on the lower (LTM) and upper tear meniscus (UTM) parameters of normal eyes.
Methods: In this prospective, single-center, non-randomized, controlled pilot study, optical coherence tomography was used to estimate the UTM and LTM height, depth, and cross-sectional area in participants without a history of dry eye disease. In the right eye (study eye), we instilled one drop of Cationorm® in the lower conjunctival sac. Scans of the tear menisci were acquired at baseline, before the instillation, and at 5, 15, and 30 min thereafter. Control scans of the left eye (control eye) were obtained at the same timepoints. The tear meniscus parameters of the study eye were compared with the control eye at each timepoint.
Results: Twenty subjects (11 male and 9 female; mean ± standard deviation of age: 37.8 ± 10.9 years) were included in the study. Compared to the control eye, instillation of a single drop of Cationorm® resulted in significantly higher LTM parameter values and a higher UTM cross-sectional area up to 30 min after instillation (all P < 0.05). The UTM height and depth were significantly greater in the study eye than in the control eye up to 5 min (P < 0.001 and 0.007, respectively) and 15-min (P = 0.045, and 0.002, respectively) after Cationorm® instillation. In the study eye, Cationorm® resulted in a significant increase in LTM parameter values up to 30 min post-instillation (all P < 0.001). The UTM height was significantly greater up to 15 min post-instillation than at baseline. The UTM depth and area increased significantly from baseline to 5 min after instillation.
Conclusions: Cationorm® seems to have a prolonged residence time on the ocular surface of healthy subjects as indicated by LTM parameters and to a lesser extent by UTM parameters.
Keywords: ophthalmic emulsion, cationorm, upper tear meniscus, lower tear meniscus, spectral domain-optical coherence tomography, SD-OCT, residence time

Background: This study was conducted to investigate ocular biometry parameters in cataract surgery candidates in northern Tehran, Iran using OA-2000 biometry device.
Methods: In this cross-sectional study, values of ocular biometry parameters, including axial length (AL), anterior chamber depth (ACD), mean corneal curvature (mean K), lens thickness (LT), corneal astigmatism (CA), and white-to-white (WTW) of 818 eyes with cataracts, were measured using the OA-2000 biometry device (Tomey, Nagoya, Japan). The participants were divided into six age subgroups, in 10-year intervals. Finally, the values of the biometry parameters were calculated, and the trend of changes was examined for both age and sex subgroups.
Results: The mean ± standard deviation (SD) of age of the participants was 63.82 ± 13.25 years. Mean ± SD of biometry parameters were as follows: AL, 23.36 ± 1.55 mm; ACD, 3.09 ± 0.40 mm; LT, 4.45 ± 0.55 mm; mean K, 44.51 ± 1.72 D; CA, 1.06 ± 0.94 D; and WTW, 11.81 ± 0.45 mm. Most of the parameters showed significant age-related changes in the total population. There was an increase in LT (P < 0.001) and mean K (P = 0.001), as well as a decrease in AL (P < 0.001) and ACD (P < 0.001) with age. Moreover, AL had a negative negligible correlation with LT (r = -0.24, P < 0.001) and mean K (r = -026, P < 0.001), as well as a weak positive correlation with ACD (r = 0.44, P < 0.001).
Conclusions: Our study revealed that the mean values of most biometric parameters varied across age and sex subgroups. Moreover, most of the parameters showed significant age-related changes in the total population.
Keywords: ocular biometry, cataract, axial length, anterior chamber depth, keratometry, lens thickness, corneal astigmatism, white to white

Background: To report the prevalence of acquired symptomatic external punctal stenosis (EPS) in a tertiary referral center in Kuwait, and to study the associated risk factors, etiologies, and management outcomes.
Methods: This prospective interventional hospital-based study was performed at the Farwaniya governmental hospital in Kuwait between November 2018 and November 2019. All patients were referred to the oculoplastic clinic with symptomatic epiphora, age > 18 years, epiphora Munk score ≥ 0, tear film meniscus ≥ 2 mm, and punctum with grade ≤ 2 (smaller than normal size, but recognizable EPS) were included. Exclusion criteria were congenital causes of epiphora, previous eyelid surgeries, and traumatic or neoplastic causes of punctal or canalicular obstruction.
Results: A total of 418 patients with symptomatic epiphora, who were referred to our oculoplastic clinic, were enrolled in our study. The prevalence of EPS was 70.3%. Examination of the puncta revealed different shapes, including tangential, pinpoint, elevated, slit-shaped, horse shoe-shaped, and membranous puncta, with the tangential type accounting for the greatest proportion (65.3%). Bilateral punctal stenosis was observed in 206 patients (70.1%) and unilateral involvement in 88 patients (29.9%). Dilatation and syringing were performed for all puncta upon diagnosis, and repeated dilatation was performed for 225 puncta (32.7%). Placement of a Mini-Monoka tube was performed in 11 puncta (1.6%).
Conclusions: EPS was a common cause of symptomatic epiphora in our study. Aging and female sex were identified as common risk factors. Most etiological factors of EPS were associated with a pathophysiological inflammatory mechanism. For exact estimates of its prevalence, a population-based study is necessary in future.
Keywords: punctal stenosis, dry eye, chronic blepharitis, Mini Monoka, Kuwait, prevalence, epiphora

Background: The most frequent primary ocular malignancy in the western world is the uveal melanoma. While it mainly affects Caucasians, it is extremely uncommon among non-Caucasians. Continuous improvement in therapies for local treatment has allowed sparing of the eye, although this approach apparently does not improve survival. The present review aimed to explain different radiotherapy (RT) methods and compare the pros and cons of each method, along with the main complications that may be encountered in the treatment of uveal melanoma.
Methods: Relevant papers published in English between January 2010 and January 2021 were retrieved, reviewed, and screened. Four databases, including PubMed, MEDLINE, Google Scholar, and GeneCards, were searched for this purpose.
Results: Forty-one relevant articles were identified. Based on the selected papers, we highlighted the advantages and disadvantages of the different RT methods that have allowed sparing of the eye, even though they have not, as yet, improved survival. We listed a detailed comparison between therapies that allow an educated choice among the different available RT methods.
Conclusions: The choice of uveal melanoma management is determined by the location of the tumor and volume of the extraocular extent. At present, there is no gold standard for the management of all ocular melanomas, and each case should be approached individually. Therefore, classification is a valuable prognostic tool. Many cases in cT3-4 classification categories are treated by primary enucleation and conservative treatment follow-up, while in cT2 and most cT1 classifications (i.e., 3.1–6.0-mm tumor thickness), several forms of RT are used.
Keywords: melanoma of the uvea, choroidal melanoma, radiation therapy, brachytherapy, radioisotope brachytherapy, proton beam therapy, classification 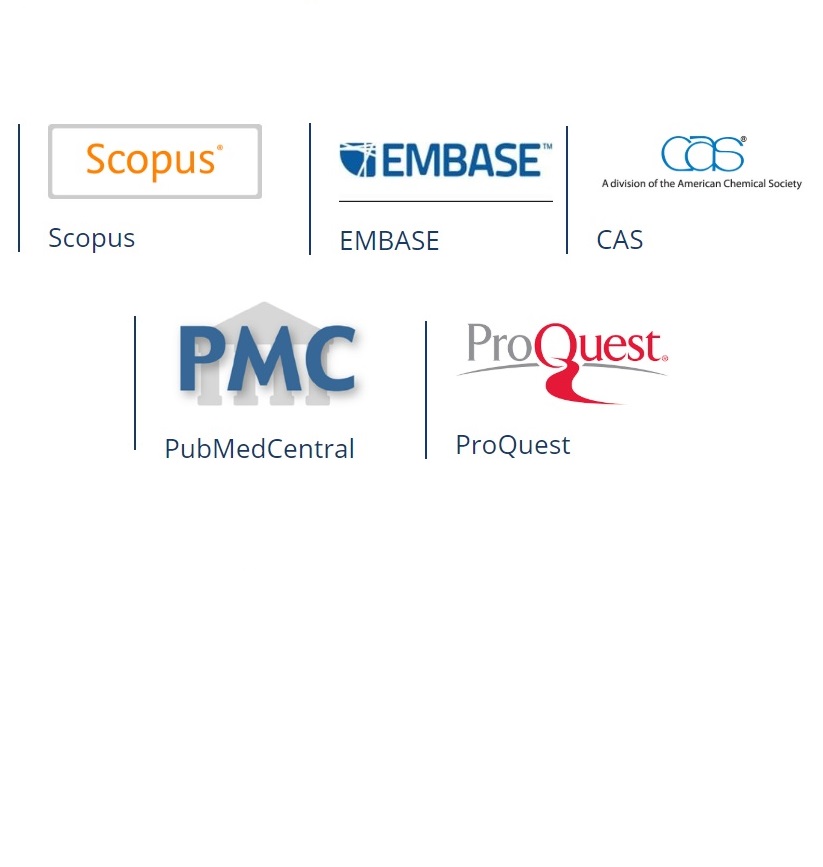 The Journal offers a range of additional features designed to increase the readership, visibility, and educational value of its content. Furthermore, we provide detailed attention insights in social media through our active LinkedIn, Twitter, and Facebook pages. 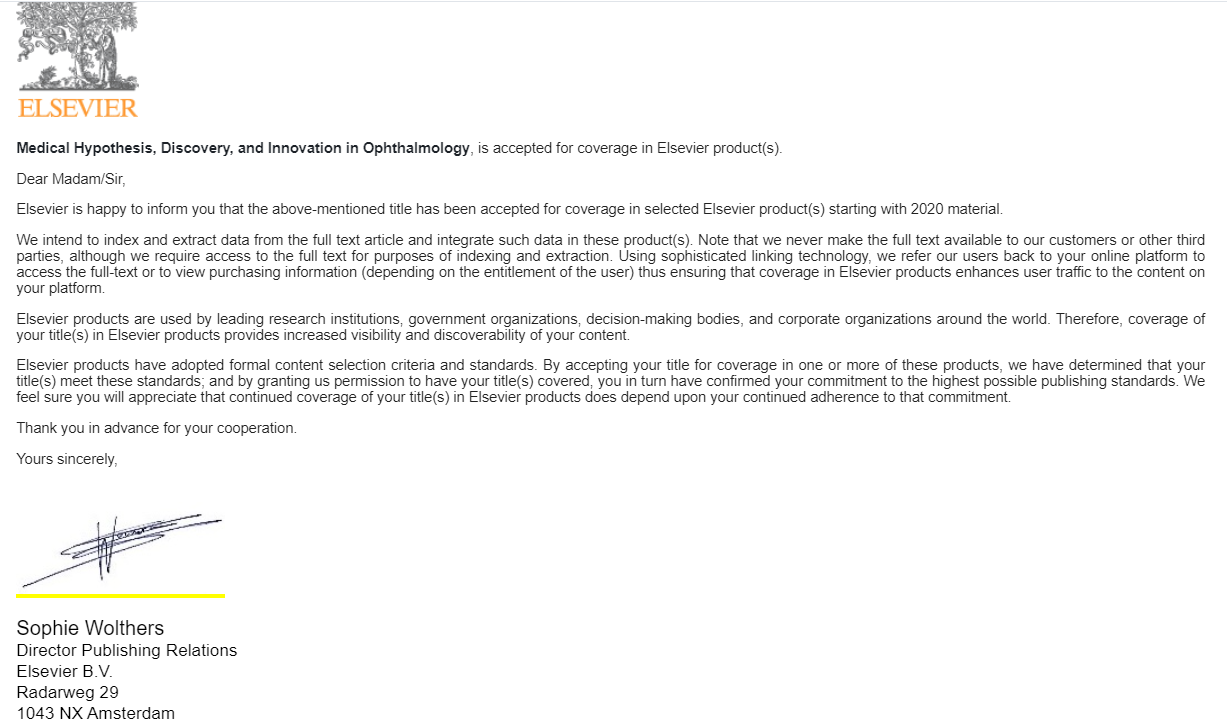 Medical Hypothesis, Discovery, and Innovation in Ophthalmology, is accepted for coverage in Elsevier product(s).