Age-related macular degeneration (AMD) is becoming the leading cause of blindness in developed countries. The exact etiology and pathophysiology of AMD is still unclear. A number of risk factors of AMD have been recognized, such as cigarette smoking, a family history of AMD and being Caucasian. On the other hand, aspirin is a widespread medication, which is thought to be associated with the prevalence or the survival of myocardial infarction and cancers. However, the evidence from the epidemiological studies has been contradictory and no persuasive conclusions have been made. Several problems, such as the parameters of aspirin use, the inclusion and exclusion of the participants and the required long-term follow-up, made it hard to conclude a definite relationship between aspirin use and AMD. Aspirin, as an anti-inflammatory agent, could prevent the inflammation and decrease the inflammatory damage, and might act as a deterrent for the progression of AMD. However, aspirin is an anticoagulant which might increase the risk of ocular hemorrhage in AMD patients. Decades ago, the use of aspirin was reported associated with decreased rates of CNV among AMD patients nevertheless recently, the association between aspirin use and increased risk of neovascular AMD was identified. Therefore, these current results should be challenged and acknowledged by well-designed, large-scale and long term follow-up studies. A consultation might be needed when aspirin is used in the neovascular AMD patients.

To Download this article online, scan this QR code with your Smartphone 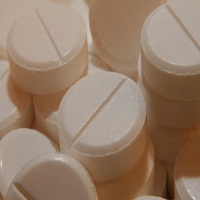